Tom Simpson has the best record in classics and the men’s elite world road race championships of any British rider ever. Join us at 7pm for a free talk by the journalist, writer and author Chris Sidwells, who is also Tom Simpson’s nephew.

The talk tells Simpson’s story from his birth in the north-east of England, though Olympic bronze at the age of 19, to his rapid rise through the ranks of European pro cycling to become one of the best cyclists in the world.

It’s a story of adventure, ambition, success and ultimately tragedy, but it’s also a love story, a story of a charming man who won a place in people’s hearts so big that he still badly missed by many who knew him today.

The talk also introduces and presents Chris Sidwells’ latest book, Cycling Legends 01 Tom Simpson, which will be available to buy and be signed on the night.

Chris will also bring the bike Simpson won Paris-Nice on in 1967, as well as one of Simpson’s rainbow jerseys. 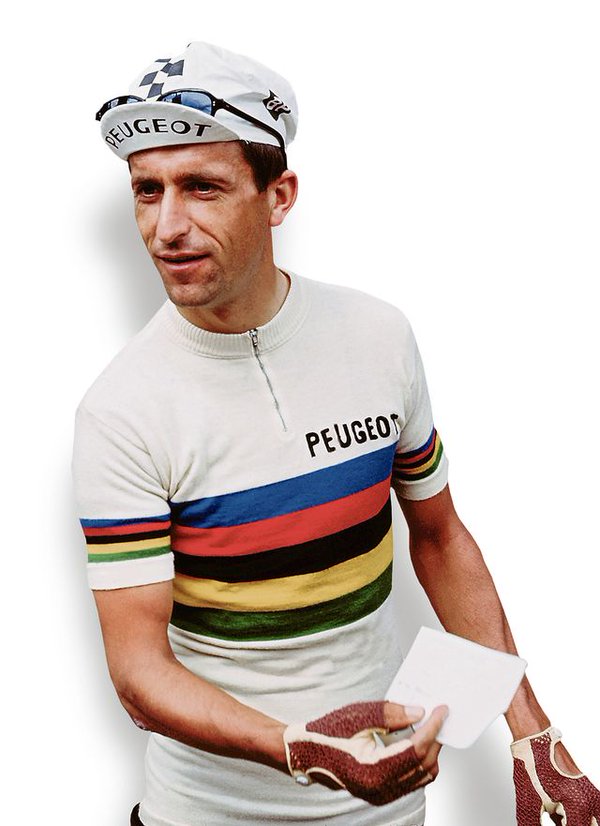 Entry to the talk is FREE, but if you register your place, you’ll help us gauge numbers and qualify for a money-saving deal on a mouthwatering Mud Dock burger and an equally mouthwatering pint of Bohemia, from event sponsors Butcombe Brewing Co. 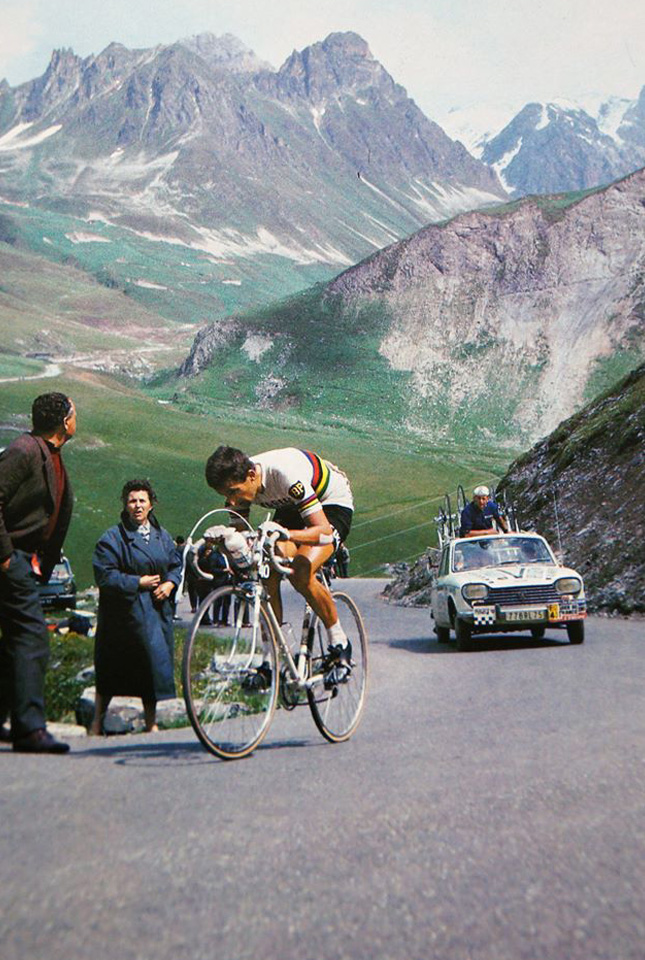 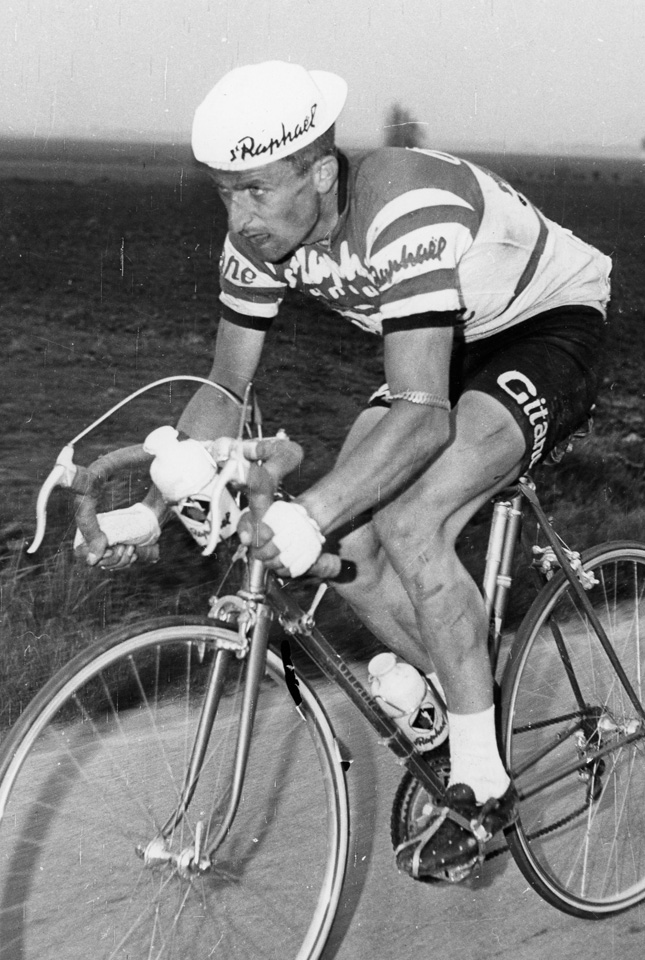 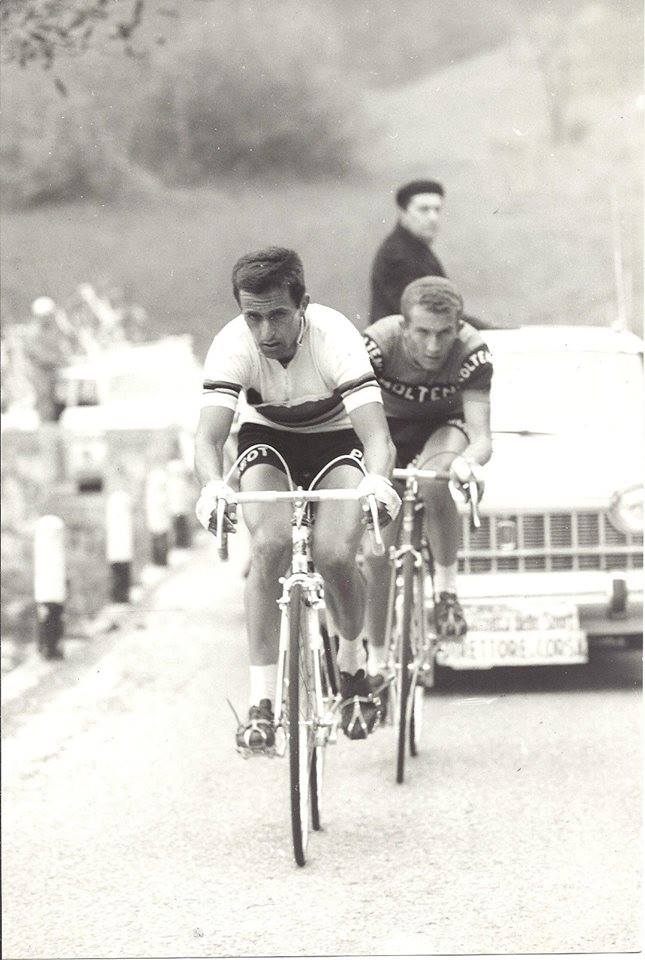 Loved in Europe for his charm and fighting spirit, by 1965 Simpson’s profile was so high in his home country he became the first cyclist ever to win the BBC Sports Personality of the Year.

Summing up Simpson the cyclist, Sir Bradley Wiggins wrote in his latest book, ‘Icons’ “The odds against him winning the Tour of Flanders when he did, at the age of 23, were colossal. Add in Milan-San Remo, his masterpiece Tour of Lombardy, his world road race title, Paris-Nice and the rest, and you have arguably the most complete British road racer of all time. Cavendish was –and still is- a better sprinter, I was a much better time triallist, and Tom couldn’t climb like Robert Millar. However, none of us could have won so many big, important and widely diverse races, and it’s unlikely anybody else will.”

One race eluded Simpson, though, despite repeated efforts to win it. That was the Tour de France, in which he had constant bad luck, with crashes and illness affecting his performance or putting him out. His desire to win it never dimmed, and in 1967 that desire cost him his life. 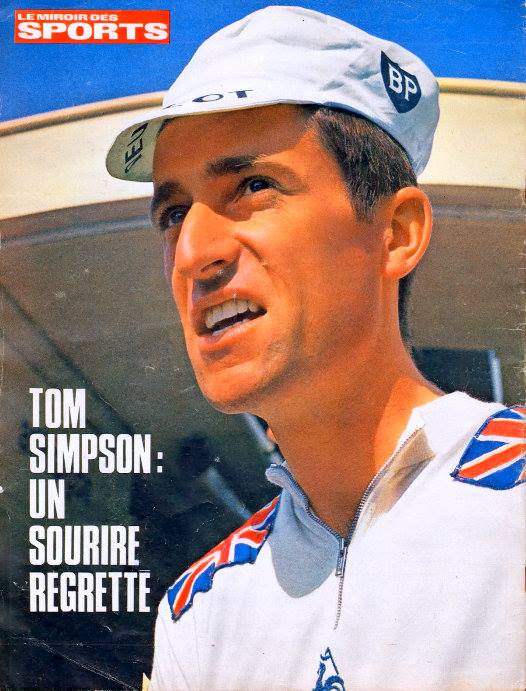 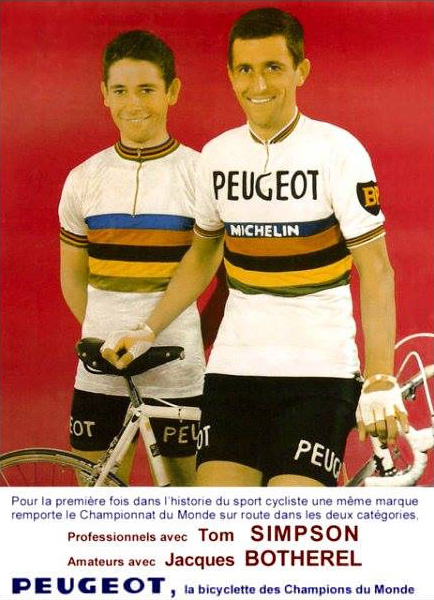